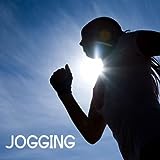 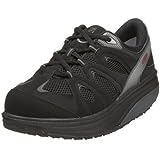 MBT’s are not just a shoe in the ordinary sense. This product will not only change the way you use your muscles, but will improve the use of your joints and spine. MBT shoes are physiological footwear – the first footwear that has a positive effect on the entire body. MBT stands for “Masai Barefoot Technology.” MBT sneakers and casual shoes are designed using a multi-layered, curved sole which makes for a unique and rewarding walking experience.

www.santastory.org Walking for fitness, good health and longevity is one of the best, simples and cheapest exercise practices. Regular walking has been proven to increase life span through reducing vulnerability to heart disease, cancer, diabetes and other common illnesses. Walking can also be enjoyable, making it the preferred exercise for fitness form for millions of people. These pictures were all taken on a Saturday afternoon stroll around Central Park — starting on the west side of the park at approx 86th street, heading south down past Tavern on the Green, and then up the East Side to the 104th cut, and back around…

The temperature was pleasant, but the sky turned from a hazy blue to a hazy gray during the walk, which washed out some of the pictures a bit…

Two young women, strolling along, chattering away about whatever it is that young women chatter about. Nothing particularly unusual about them — they were typical of dozens, if not hundreds, of other young, reasonably athletic young women out for some sunshine and exercise in the park.

Note: on Jan 20, 2010 I replaced the original version of this photo with a slightly edited version. The original, which I took in the summer of 2005, was edited with the Apple-Macintosh "iPhoto" program, and all I did was crop the photo to remove irrelevant scenic elements … and perhaps a little color-saturation to highlight the various colors involved.

I’m now using the Apple-Macintosh "Aperture" program, and I realized that I could edit the dark shadows and nearly-black color of the shorts worn by the two women. The current version has a little more "noise" (aka "graininess," in the pre-digital days) than I would have preferred, but you can see more details of their legs than was visible before…

With or without the detail, they are both still beautiful young women. I have no idea who they were, never spoke to them when I took this photo, and will probably never see them again for the rest of their lives or my life. C’est la vie…

Susan, how are we ever gonna lose any weight if we don’t *ride* our bicycles? Walking them doesn’t burn off any calories… Because Central Park occupies a massive 843 acres in the (duh!) center of Manhattan, it’s no surprise that there area numerous entrances and exits all around the perimeter of the park. Some of them are quite well known — such as the entrance on the southeast corner, at Fifth Avenue and 59th Street (across the street from the GM Building and the old Plaza Hotel), or the entrance at the western side of the 72nd Street "transverse" that cuts through the park and comes out on Fifth Avenue (well known because the statuesque Dakota apartment building, where John Lennon once lived, is located at Central Park West and 72nd Street).

Based on where they live, and based on their normal work and leisure routines, most New Yorkers tend to favor certain entrances and exits, and may never have used (or even seen) certain other ones. In my case, for example, I’ve always been aware that there’s an entrance at the southwestern corner of the park, right at Columbus Circle. It’s officially known as Merchant’s Gate — and it’s hard to miss, because there’s an enormous monument commemorating the explosion/sinking of the Maine in February 1898, which precipitated the Spanish-American War. But since I don’t live, work, or travel to that particular corner of Manhattan very often, I’ve almost never used that entrance to the park. By "almost never," I mean only once or twice in the 40+ years that I’ve lived in New York City.

I don’t think that this almost-perfect record of non-use of a park entrance has had any negative effect on my life … but it occurred to me, the other day, that I might have missed some interesting photographic opportunities. And since I was getting a little bored by returning to the same old places to photograph the same old scenes in other parts of the city, over and over again, I decided that the southwestern corner of Central Park was worth taking a look at.

As you might imagine, the massive Maine monument dominates the scene — and I felt obliged to photograph it once or twice, just to acknowledge its existence. But after that … well, it turns out that it’s not really all that photogenic, and nobody was paying much attention to it. Aside from the monument, there was an open mini-plaza where people could walk, chat, sit, and relax — presumably on the way into, or the way out of, the park itself. There were a couple of food stands, offering items that looked slightly more nourishing and tasty than the stuff available from the usual hot-dog stands that one finds throughout the park (and almost every street corner). I wasn’t hungry myself, but I noticed that several people bought a snack, or a sandwich, and then found a convenient spot to sit and relax while they munched and nibbled.

So, in the end, the photographic opportunities turned out to be pretty much the same as always: it was the people who were the most interesting — not the statues or the squirrels or the trees or the flowers. There were tourists, and New Yorkers on their lunch break, and students from a local parochial school, and office workers on their lunch break. There was a Statue of Liberty mime, a few retired people, some bicyclists, joggers, and athletes. There were nannies pushing babies in strollers, and mothers carrying babies in snugglies and backpacks, and dog-walkers with their pets. There were crazy-looking people, and beautiful people, and ugly people.

And there were lots, and lots, and lots of guys hustling unwary tourists, offering them rides and tours through the park in their brightly-colored pedicabs. Perhaps because I was wielding a camera, I was mistaken by several of these guys as a tourist; when I responded to their pitch about a park ride by saying, "I live here," they gave me a disgusted look and quickly moved away. Meanwhile, several other vendors had tables with photos and trinkets and bawdy signs that they did their best to sell to anyone who walked by. All of this, as best I could tell, was dutifully recorded by a NYC Police Dept. security camera, which sat high above it all … but nobody seemed to even notice it.

I took some 300+ photos to document all of this, and winnowed it down to 50 "keepers" that will hopefully give you a reasonably good impression of what the scene looked like. Having done so, I hopped in a taxi and headed back uptown. For all I know, it may be another 40 years before I enter this corner of the park again…