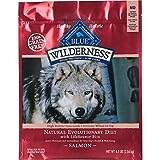 BLUE Wilderness is a high-protein, low carbohydrate food that contains a higher concentration of the delicious salmon you know your dog will love. Inspired by the diet of wolves, true omnivores whose endurance is legendary, BLUE Wilderness is specially formulated by animal nutritionists. Made with the finest natural ingredients – and no grains. Deboned salmon, menhaden fish meal and chicken meal supply the protein your dog needs. Sweet potatoes and potatoes provide healthy complex carbohydrates. Blueberries, cranberries and carrots support antioxidant-enrichment. "Eating large quantities of red meat can increase your risk of bowel cancer by producing substances in the gut that damage DNA, a study reveals today."

A comparison of cells from the lining of the colon shows that people who eat a diet high in high red meat have a "significant" increase in levels of DNA damage compared with vegetarians.

This damage can increase the risk of developing cancer, say researchers at the Medical Research Council’s (MRC) Dunn human nutrition unit in Cambridge.

The finding follows a major European study last year which indicated that people who eat two portions of red or processed meat a day increase their risk of bowel cancer by 35% compared with those who eat one portion weekly. The research by the MRC, monitored the diets of nearly half a million men and women in 10 countries over five years.

The new study, led by Sheila Bingham and published today in the journal Cancer Research, looked for physiological changes that could explain this result. "The question was: what was the reason for this association?" she said. "With this research, we have established a direct link."

The scientists monitored 21 volunteers, who each undertook three 15-day diets. The first, high-meat, diet featured roast beef sandwiches, minced beef pie, sweet and sour pork and cottage pie; the second, vegetarian, cheese or egg sandwiches, vegetarian and pasta bake, egg and chips, and lentil bake; and the third, meat dishes but higher levels of fibre. Cells from every stool sample were then analysed to check for the presence of any alteration in DNA.

The researchers found that when the red meat diet was compared with the vegetarian diet, there was a "consistent and significant" increase in DNA damage, while damage was intermediate with the red meat/high fibre diet.

The damage was specific to substances called N-nitrosocompounds (NOC) found in increased levels in the large bowel of red meat eaters. Some of these compounds are thought to combine with DNA and destabilise it, making it more likely to undergo harmful changes that increase the risk of cancer. Fibre may reduce the risk because it gets rid of damaged cells.

Scientists welcomed the findings as 80% of bowel cancer is thought to be related to diet and therefore largely preventable. Each year 35,000 people in Britain are diagnosed with bowel cancer, and 16,000 of them die.

David Shuker, of the Open University, who had previously established a link between NOC derivatives in meat and DNA changes, said: "These combined discoveries have allowed us to link red meat consumption to an increased risk of bowel cancer and may give us some clues about developing a screening test for very early changes related to the disease."

Colin Blakemore, the MRC’s chief executive, said: "Large bowel cancer is the second most common cancer in western countries and nearly 1m cases occur each year worldwide. This latest study, together with the compelling epidemiological evidence published last year, is an important step towards understanding and potentially preventing this common disease."

Ed Yong, of Cancer Research UK, said the study emphasised the need for a healthy, balanced diet with plenty of fibre, fruit and vegetables and reduced levels of red and processed meat.

But the Meat and Livestock Commission pointed out that the research assessed people eating 420g (15oz) of red meat a day – over five times more than the average man’s quota of 80g (3oz), and over eight times the average woman’s intake of 50g. An average fillet steak weighs 140g and an average burger about 100g.

"The danger is that people will take the message from this that red meat is unsafe," said the commission’s spokesman, Guy Attenborough. "But they’re talking about giving people the equivalent of two 8oz steaks a day, seven days a week. Anyone whose diet is that unbalanced is going to have problems."

Men who eat beef may end up in male cancer of the rear-end. This is now confirmed by medical science. If you feed your child hot dogs, hamburgers, steaks, sausage, and what you thought was a healthy diet, you are actually causing potential DNA damage to your own child every time you feed your child meat.

hotandhealthyliving.com Hot & Healthy Find: Ezekiel 4:9 Sprouted Whole Grain Pasta (with 15-minute Whole Foods Recipe) Ive always loved pasta; its just one of those foods I dont think I could ever give up. Now that Im a busy mom with a family to take care of Ive learned to appreciate pasta for its convenience and versatility too! I wont eat the nutrient-poor white stuff though (which pretty much means no pasta at restaurants). I made the switch to whole grain pasta years ago when I started eating a whole foods diet, but in the last four or five years Ive discovered sprouted whole grain pasta. While regular whole grain pasta is still fine, sprouting takes whole grains to a whole new level. Thats because sprouting is the only way to release all of the vital nutrients stored within whole grains. The sprouting process starts by germinating whole grains in pure filtered water. This activates beneficial enzymes, which causes sprouting and releases the nutrients within the whole grain that would otherwise lay inactive. Since Im always looking to maximize nutrition whenever possible sprouted pasta is right up my alley My favorite brand is Food for Life Ezekiel 4:9 Sprouted Grain Pasta (its available in Whole Foods Market, natural foods stores and some mainstream supermarkets). And, yes, it tastes good! It has a pleasant, mild, nutty-like flavor and a slightly meaty, hearty texture. And, with 7 grams of fiber and 9 grams of protein per serving, it is a very FILLING whole food. I … Image by cheningilles
Another experiment. They could be a little sweeter. I need to buy some date paste or date juice I think to sweeten them up a bit. I hate to rely on Splenda as a "healthy" way to sweeten things. Anyone else have ideas for ways to sweeten cookies up a bit without using maple syrup or sugar?

Sift flours, baking soda, baking powder, salt, cocoa and cornstarch into a bowl and set aside.

In a food processor, add oil, applesauce, sugar, honey, yogurt, cinnamon, peanut butter and vanilla. Pulse into a consistency much like a regular cookie dough would be before the flour is added.

Transfer mixture into a bowl and slowly stir in the dry flour mixture. When combined and smooth, add the rolled oats and chocolate chips.

Spoon one inch balls onto cookie sheets. Cook for 7-8 minutes, you want them somewhat softish.

BLUE Wilderness is a high-protein, low carbohydrate food that contains a higher concentration of the delicious duck you know your dog will love. Inspired by the diet of wolves, true omnivores whose endurance is legendary, BLUE Wilderness is specially formulated by animal nutritionists. Made with the finest natural ingredients we include: deboned duck, chicken meal and turkey meal supply the protein your dog needs. Sweet potatoes, oatmeal and potatoes provide healthy complex carbohydrates. Blueberries, cranberries and carrots support antioxidant-enrichment. Size: 24lb.

BLUE Wilderness is a high-protein, low carbohydrate food that contains a higher concentration of the delicious duck you know your cat will love. Inspired by the diet of the lynx, a tireless hunter, BLUE Wilderness is specially formulated by animal nutritionists. Made with the finest natural ingredients including deboned duck, chicken meal and turkey meal they supply the protein your cat needs. Sweet potatoes, oatmeal and potatoes provide healthy complex carbohydrates. Cranberries, blueberries and carrots support antioxidant-enrichment. Size: 11lb.

Good foods for good health;: A cookbook featuring menu tips and easy-to-prepare recipes calling for the use of vegetables, fruits, grain foods, nuts, and dairy products 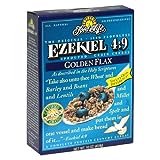 Food for Life Baking Company is a family-owned and operated specialty bakery with a passionate commitment to natural foods. Food for Life originated in Glendale, California, in the back of a small neighborhood natural foods store known as Foods For Life N